If you have followed my guidance in Lesson 1, you will hopefully have begun the process of diving down deep into the frozen lake of your emotions and using the heat of concentration – through visualisation or shamanic journeying – in the alchemic crucible of your own inner space to release them and bring them to the surface in the form of a faery sword.

In this article, Lesson 2, I will be referencing the image in my book The Grail Mysteries where a woman’s sword arm appears from beneath the white, frozen Hart Lake under the stars of Capricorn at the Winter Solstice.

(If you’re a newcomer to this series of Mystery Teachings, you may want to start at the Introduction )

In ancient myths, the sword is the symbol of Sovereignty that only a true queen or king can wield because it is the sword of truth and only truth can lead to true wisdom – the wisdom to rule the land. We’re familiar with the expression ‘testing your mettle’. I believe it must come from this process and that ‘mettle’ should be ‘metal’. Only someone who has forged the metal sword from their own dark side, which they have had the courage to face, has had their metal tested sufficiently to be fit to be a king or queen.

We’re familiar with the Lady of the Lake from the Arthurian myths, who raises the sword of Arthur, Excalibur, from the watery depths.

The image of the Lady of the Lake raising the sword from the waters triggers deep, archetypal memories that lie hidden in our ancestral blood, about how the half-faery queen bestows Sovereignty on the male king through shamanic sex magic. But basically, the sword can only come about as a result of what we call ‘doing the work’ and I think it must be the origin of the royal investiture ceremony, where the queen places the sword on the shoulder of the new knight.

However, the process of locating the submarine treasure trove of faery gold of old emotional pain and forging it into a sword takes time, and so don’t worry if you haven’t  finished the process. You may also want to do it in stages, because sometimes painful memories take time to surface; they will only come when they’re ready to release. But here is the next stage whenever you’re ready for it.

Where does the symbol of the sword come from?

The sword is one of four ancient symbols that we can trace back to the Scythians, who migrated out of the Asian Caucasus Mountains region, between the Black Sea and the Caspian Sea, in a series of waves across Europe that began after the end of the last Ice Age almost 12,000 years ago. As some went north to Scandinavia, and others went south to the Mediterranean countries, they brought with them their orally-passed on stories in which there were four symbols that featured strongly and each had a corresponding element and quality – the sword (air/intellect), the cup or chalice (water/emotions), the spear (fire/magical power) and the stone (earth/material rootedness).

These four symbols eventually found their way into the four suites of the minor arcana of the Tarot as swords, cups, wands and pentacles, and the Tarot in turn was the origin of the modern deck of playing cards and its four suites of spades (swords) hearts (cups), clubs (wands/spears) and diamonds (pentacles/stones).

It’s increasingly believed by historians that those we call the Celts, the Saxons and the Norse all had their origins in this Scythian migration and that’s why they are so many correspondences between their myths and the symbols found in them. I will be dealing with all of them in time, but for now we’re concentrating on the Celtic sword of truth, Fragarach, which is one of the Thirteen Treasures of Britain in my book The Grail Mysteries.

What is the meaning of the sword as a magical symbol?

In the Celtic myths, Fragarach is the sword of truth that is wielded by the faery sea pilot Manawydan which cuts through lies like a knife through butter.

When the sword of Fragarach is poised at an enemy’s throat, he can neither move or lie, even to himself.

Fragarach (Freagarthach), also called ‘The Answerer’ or ‘The Retaliator’, was reputed to be able to put the winds at the command of whoever wielded it and to deliver a piercing wound from which no man ever could recover. This, in my experience, is all metaphorical and represents some basics, which I’m about to explain, about working magically with the element Air that rules the sword.

In other words, Air is an elemental spirit that magicians and shamans can and do work with. I’ve found working with Air to be extremely powerful. He has actually changed my life radically, sometimes overnight, when I’ve asked him to. An intractable and chronic problem, with no solution in sight, can be dissolved almost instantly by a totally unexpected occurrence that seems to come out of left field.

However, before raising our sword from the watery depths and wielding it into the Air above, we should be mindful of a piece of guidance from the 20th century occultist Dion Fortune because I can also confirm, from my own experience, that once you ask Air to change something, it can never ever be unchanged. Its effects are as permanent as slicing a man’s head off (a wound from which no man can ever recover, indeed!)

I have a regular place where I go to meet Air, in my own inner space. Usually I ask my power animal to take me to see him when I have a problem for Air to sort out. However, not too long ago, my power animal took me to see Air without me even requesting such a visit. I looked down as we were flying along, and I could tell from the landscape below that we were going to see Air, and I wondered why.

When we got there, and the greetings were over, Air asked me if I’d like him to do something. I stood and thought for a while. I could see that what he was offering would provide a quick and easy solution to a problem that had been bothering me for some time and it would also sate one of my desires. However, I could also see more holistically that it could open a further can of worms that I didn’t want to have to deal with. It was tempting, but in the end, I told Air ‘no thanks’ and gave him several reasons why I thought it could lead to more problems in the long run. It made me realise, when I thought about it afterwards, that maybe I was now beginning to act with more wisdom in my work?

So this is just to illustrate that while you may make mistakes in your early swordwork with Air – rather like the Sorceror’s Apprentice! – it might also be the only way to learn, and so please don’t worry too much about it – any of it. Just enjoy this work because without real joy in your heart, there will be no fresh and fragrant airy breezes to lift it out of the murky lower slopes of black magic.

I hope this helps anyway.

Next go The Grail Mysteries, Lesson 3: Forging our own faery sword of truth 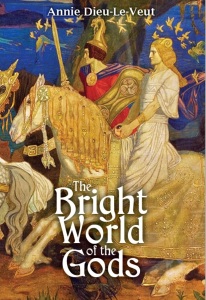 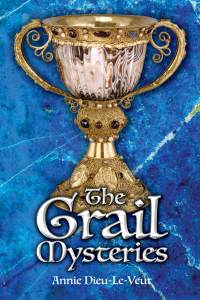