We’re all quite familiar now with the healing power of herbs, flowers and plants in various different therapies. But what we’re only now just beginning to learn about is the healing power of the song of the flower. There is a growing body of evidence that our earliest ancestors, who had a stronger connection to Nature, were aware of the different songs of the flowers, and used them in sound healing.

It’s beginning to look as if they could hear frequencies of sound that we cannot hear today, and that they incorporated the same geometrical shapes used in Nature into their temples which created specific acoustical properties that could then be used for sound healing.

So how can we, today, hear the song of the flowers, and know which song will heal which malady?

I’ve been following the work of Colin Kingshott for some time… and he is a synesthete. A synesthete is someone whose senses are so finely tuned that they can sometimes see certain words and numbers as colours, or they can hear natural phenomena emit musical notes. Colin has been able to hear the flowers and other natural materials singing since his birth, and was surprised later on to find that most others couldn’t!

Colin can identify each flower by its song, and so over time, he has established his company, Florachology, to research and produce a Materia Medica of flower songs which can be used to help cure specific health conditions. He says that the songs of the flowers, plants, trees, sea-shells and stones ~ even butterflies! ~ are all medicines which we can use for our holistic healing.

This is because, according to Colin, it’s music talking to music!

“The harmonic geometry from sound and its musical note plays a formative energy in the structure of human anatomy,” says Colin.”The entire body is a form of crystallised music composition and every cell, organ and bodily system has its own sound.

“At Florachology, we’ve researched thousands of natural songs to create a database of rhythms, melodies and harmonies recorded from their morphic fields and tested them against known health conditions. From this, we have a much greater understanding of which plants’ songs are best, because they tune into and harmonise the body where the imbalance has caused certain health conditions.”

A good example would be his flower song remedy for high blood pressure. Hawthorn has been a well-known and well-used remedy for all cardiac-related conditions. However, the circulatory system of the human body emits a low note C, and Hawthorn doesn’t. So Colin went on to research further, and he found that Wood Medic (also known as Yellow Wood Sorrel: Oxalis stricta) emits a low C and has a unique rhythm which attunes to the rhythm of the circulatory system of the human body, and that makes its song a much more effective instrument to tune into and balance blood pressure. 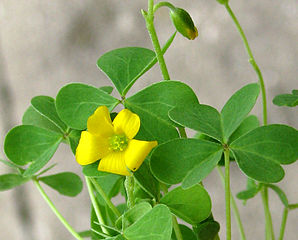 Colin has had very good results with the song of Angelica in treating ADHD.

He has also found that every flower has its own two-hour time slot, when it’s its turn to sing. He says that these Perpetual Choirs of the Landscape are singing around us all day long, starting from when the sun hits the quartz in the standing stones, like those at Stonehenge, and this sparks off the dawn chorus.

Colin has also researched the area around Glastonbury in Somerset, which sits on the hub of a veritable spiders web of leylines, or energy lines within the land. Leylines, Colin found, expand with the full moon, and then shrink back again when the moon wanes.

“The sounds of the Michael leyline is C F G B Morphic Sound of B,” he says.

At Glastonbury’s famous Chalice Well Gardens, he carried out some of research into the Symphony of the Trees.

“Trees form choirs as they greet the rain from their resting rhythms, into harmonies and melodies.

“At the Chalice Well Gardens, we found that the Avalon apple is a soul tone D with a melody of C D E F A B. But it does not contain, in its sound envelope, any note G, so it has no connection to the Throat Chakra. However, it impacts the Sacral Chakra itself. This is from our research into the Symphony of Trees.” 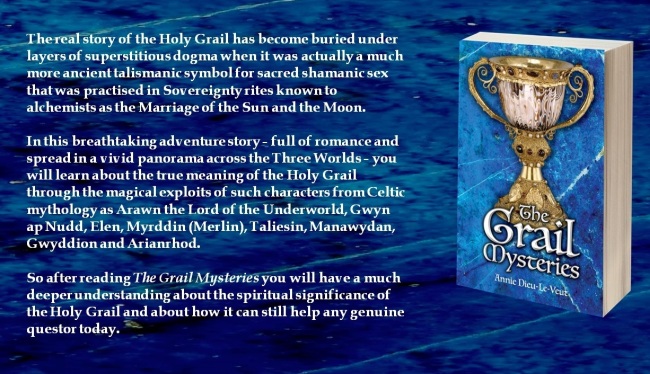