I’m delighted to be publishing part II of wódr ̥’s The White Swan, which heralds the bursting of the rigid watercourses, levees, dykes and dams erected over thousands of years to constrain our actual, original cognitive gifts, and the recognition of the return of the shamanic river of perpetual return to ex-stasis consciousness.

“What we call here a White Swan (and capitalize it) is an event with the following three attributes. First, it is ex-stasis, as it begins within the realm of regular expectations, because something in the timestream – past, present and future – convincingly points to its possibility. Second, it carries an unconditional holistic resonance; it thrills the soul. Third, in spite of its ecstatic status, human nature makes us aware of its occurrence as a foreshadowing, making it intrinsic and desirable.”
~ wódr

“For man has closed himself up, till he sees all things thro’ narrow chinks of his cavern.”
~ William Blake

William of Ockham is said to have written “Entia non sunt multiplicanda praeter necessitatem”, or, “Plurality must never be posited without necessity”, although the actual phrase has never been discovered in his writings. This has been used as an epigraph by thinkers since as a dictate to use the one to quantify the multitude rather than the multitude affirming the one. It is the basis of all modern scientific thought and, as such, the basis of Western culture.

It is estimated that about one hundred billion neurons of several differing varieties and their accompanying axons, dendrites and synapses coexist in the human brain – an order of magnitude beyond our comprehension – and that each neuron is capable of firing every five milliseconds, also an order of magnitude beyond our comprehension. These numbers beggar any concept of plurality that we think we are capable of, yet . . . . it is indisputable that they are present inside the vaults of our skulls and account, as an example, for the writing of this sentence.

This leads me to deduce that we self-censor or redact very nearly all that we are aware of, or at least it would appear that way, until I think about Aldo Leopold and his critique of flood control with respect to the natural rhythms of any given ecology.

Aldo Leopold wrote of the insanity (I use this word literally) of the Army Corps of Engineers and their program of straightening the sinuous curves of natural river channels to greatly improve the flow of – in the Corps’ opinion – an unneeded and unwanted abundance of water, then putting dams on those ruler straight channels to “control” the flow they just had created. “Flood Control”, they called it. “Prevents Erosion”, they intoned. 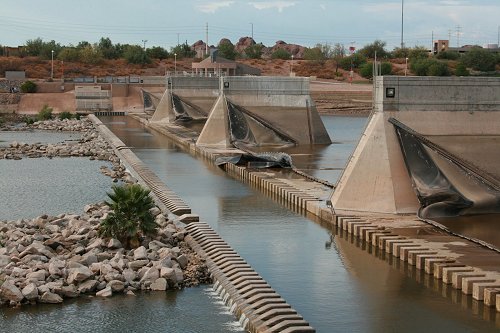 That a river should be allowed to “flood” and run outside its banks was a very bad thing; a “good” river flowed exactly where the Corps told it to run, and when, and how. Leopold pointed out the obvious; that the Corps’ efforts did neither, and that they actually damaged the geomorphology and hydrology of the living organism of the land. In short, this infliction disrupted the land, the watershed, and the communities of life that lived there, sometimes terminally. 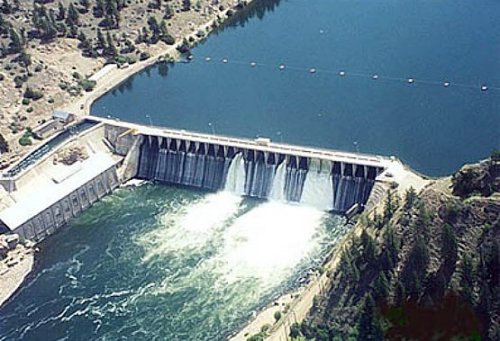 As above, so below: the vault of our skull contains the watershed of awareness and the cognitive rivers that flow from it. To put it another way, the net of interactions of billions of neurons – if perceived as the billions of molecules of water residing in a geological watershed – becomes the cognitive watershed, and its resultant rivers of awareness, each singular as a sentence. That these rivers will flood and run outside their banks is the condition of ex-stasis, and, as I stated in the definition of a White Swan event, beginning “within the realm of regular expectations”.

The cognitive discontinuity introduced during the Neolithic was the beginning of straightening the channels of our perception and as time went on, placing the dams of hierarchical thought along these new, linear constrictions. The monoliths of politics, economics, organized religion and warfare were imbedded in these straightened channels to control the flow even further. Perceptual stagnation set in – not only unnoticed for what it was, but pursued as a charismatic ideal of perfection – becoming the sine qua non of the human species. I recognize these forms of thought as the type specimens of what I’ll call Homo sapiens sapiens novus. Man had shuttered the doors of perception. Awareness had been civilized; all that remained were the narrowing “chinks of his cavern”. The rivers had been channeled, the flow multiply dammed.

The celebration of pluralities, the seeing of one/ness in all/ness and all/ness in one/ness, and the renewal cycle of ex-stasis intrinsic to the previous two hundred thousand years of human cognition was deemed unnecessary. What was necessary was to straighten ever more cognitive channels, build more cognitive dams. Those populations of humans who persisted in the primal, unregulated cycle of cognition, and the renewal of ex-stasis, were driven out, marginalized or killed.

What he did with his cognition, so did he to his physical environment. In human time, this did not take overnight but, as I said, over a dozen or so millennia; now, the last remnant fragments of the aboriginal Shamanic populations persist as a curiosity, an exhibit, on reservations set up for them by their keepers. Equally, the last remnant fragments of the uncut, unmined, unbulldozed, undammed, unharvested, unoccupied original landscape are set aside as “wilderness”, whether as a signal reminder – as decapitated heads of the enemy were impaled on pikes and displayed on castle walls – or as a bittersweet nostalgia, I do not know.

And so we come to the forty third Hexagram of the I-Ching, Kuai (break-through or resoluteness), as expressed in the Wilhelm-Baynes translation of the I-Ching:

Kuai or the 43rd hexagram, I-Ching

The lake has risen up to heaven:
The image of BREAK-THROUGH.
Thus the superior man
Dispenses riches downward
And refrains from resting on his virtue.

Wilhelm and Baynes write, “The hexagram Kuai actually means a break-through as when a river bursts its dams in seasons of flood. The five strong lines are thought of as mounting from below, resolutely forcing the weak upper line out of the hexagram.”

For all the channeling and dam building done to our awareness and cognitive process, it must be realized that the original perceptual landscape is the bedrock of mythos upon which the Neolithic constructed its artifices of logos. An irrevocable result of the straightened channels and dams of rivers subjected to flood control is that the water’s impoundments silt up until the channel is no longer a channel and the dam is no longer a dam. The water then finds its own way again, true to its nature no matter how long previously confined.

In precisely this sense, the White Swan events of our lives herald the bursting of the dams erected to constrain our actual, original cognitive gifts and the recognition of the return of the Shamanic river of perpetual return. 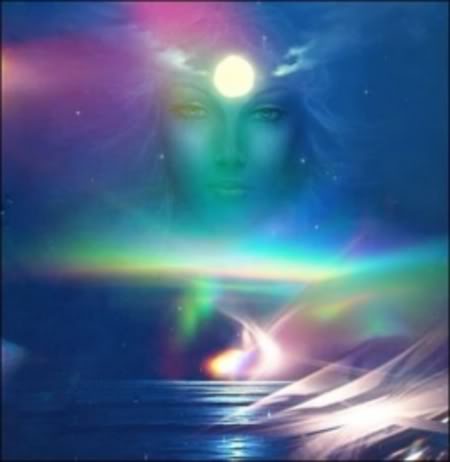 The One is forever the Other: As above, so below.

Or, as William Blake put it: “Energy is eternal delight.”

4 replies to The White Swan II: “Energy is Eternal Delight”