To the Druids, long before Christianity, Christmas was about the Birth of the Faery Babe, or Radiant Child. This is the story that I see being played out what other people call the Glastonbury Zodiac on the Somerset Levels, a 10-mile wide circular landscape temple where the “stars have fallen to the Earth” to create 13 giant earthworks – as the map shows below: 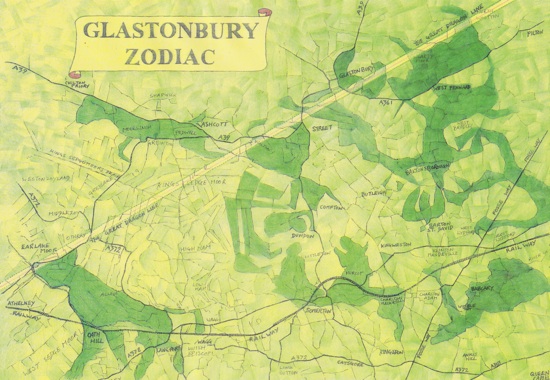 From my perspective, though, it’s the other way round. And I don’t see it either as just a flat, one dimensional zodiac; I think it’s depicting a Celtic myth in which the plotline and characters are spread over the Three Worlds.

To my mind, the stars are conceived in the Underworld and imprint their symbolic images upwards from underneath, to create these 13 Dreamers asleep on the land. Some, like the Faery Cat, are more than 100 metres high, and they are all mirrored above, in the constellations of the night skies.

To me, they are the result of the work of the Underworld smith who forges the creation through a spiralling spindle of energies that emerges from the Well of the Stars in the centre of the Middle World and that carries on up to connect with the Upper World polar deities in Arthur’s court of Camelot above. 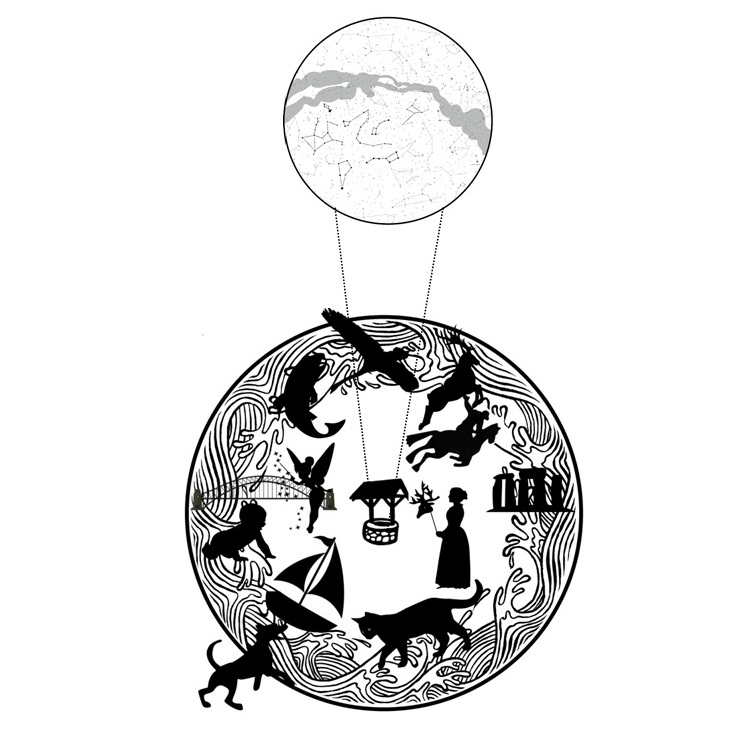 This is a rough schematic of the Faery Ring of Avalon, which I’ve put together with clip art before sending it off to my wonderful illustrator, who will make it look a lot better. It’s for a chapter in my new book Stories in the Land, in which I reveal the magic within the landscape of Avalon, and show how it’s all about Sovereignty and fertility.

This image shows the alchemical marriage at Beltane between two of these Dreamers, the Fairy Queen at Virgo and the Faery King at Sagittarius. They make love to conceive the Faery Babe, or Radiant Child, who is born on the Winter Solstice. This divine marriage is also the meaning of the symbol of the Vesica Piscis.

After the couple make love at Beltane under the Milky Way in the house of sacred sex magic, Scorpio, the Faery Babe is conceived in the dark, watery womb of the Underworld at Gemini. Then he is put into the Faery Boat under Argo Navis at Cancer by his midwives, the Sisterhood of the Deer who represent the Pleiades. Cancer is also known as the Gate of the Ancestors, and so he sails from there, widdershins, along the subterranean Waters of Avalon, with the help of the Faery Cat, until he reaches the Gate of the Deities at Hart Lake under Capricorn, and emerges into the Middle World, a human baby, with the help of the Horned One.

If you can’t wait until Stories in the Land is published to learn more about how you can work magically on this land, you can get The Bright World of the Gods: a true faerytale from the Vale of Avalon,  from Amazon now which gives all the keys and clues in an allegorical novel format.

If you liked this article, or have any comment about it, please do give me some feedback here. Cancel reply