Last night, I came back from our new Green Druid Mayor’s inaugural party quite late and went into the garden to find dozens of slugs and snails had been having quite a party of their own. Four young and tender purple sprouting broccolis had been massacred, and the rest were hanging on by a thread. All this despite my efforts of appeasement in recent weeks, by using copper wire to deliver a mild electric shock, and broken up egg shells. I quickly realised that it was time to act more decisively if my food for the winter was going to survive, and so I scooped all the little critters up into a plastic bag, sealed it tight and threw it in the dustbin.

It occurred to me afterwards that it was a very good metaphor for another much more globally serious problem that’s been bothering my mind lately… and that is the sentencing of those lower forms of life who destroy the lives of our children. All paedophiles are essentially child murderers whether the child remains physically alive or not, because the victim’s normal human life from then on is over. That’s why I believe we need a change in the law to deal with paedophiles much more firmly and decisively, if we are to survive and thrive as a species.

For those just starting to go through it, I promise… it does get better, or at least you find a way to live with the truth just like you learn to live with the death of a loved one. But there is a further stage, and I believe it is one that many of us are starting to reach now that we can think straight again. That stage is: ‘what do we do about it?’ and ‘we’ is the operative word, now that we’ve seen various attempts by government founder that were either set up to fail, or to throw the issue into the long grass, with commissions that won’t report until all the perpetrators of ‘historical sex abuse’ are dead. The CSA inquiry led by Justice Lowell Goddard is being called a ‘lawyer-fest’ – she’s hired 21 QCs and barristers, but there’s not one single child sex abuse victim on the panel.

Westminster itself is riddled with child sex abusers to such an extent that paedophilia has become an evil bargaining chip for the whips to keep their party members in line. Added to that, the Masons protect their own, and all those in the police beyond the rank of constable are Masons, as are practically all of the judiciary. The blindfold of the statue of Justice has slipped to reveal just one eye – the single eye symbol of those who belong to a secret club. 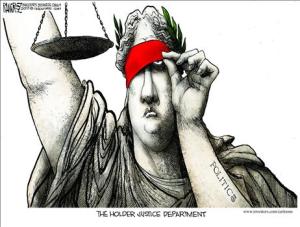 In the last week alone, we saw two examples of a flagrant disregard for justice in cases of child sex abuse.

Yesterday it was reported that Rolf Harris had written a song, from his prison cell, in which he contemptuously attacked the 12 girls, one as young as seven years old at the time, who he’d indecently assaulted. He described life behind bars as “no hardship”, saying he was working as an assistant to the tutor in the prison art room, and that he expects to be out on parole by 2017.

A second example was Dr Myles Bradbury-Herringswell, who had been originally sentenced to 22 years for 25 sexual offences against boys aged between 10 and 16 in his care. Last week, that sentence was reduced to 16 years on appeal, with no reason given. When he had been originally sentenced, Judge Gareth Hawkesworth told him: “In many years’ experience on the bench, I have never come across a more culpable or grave course of sexual criminality, which has involved such a gross and grotesque breach and betrayal of your Hippocratic Oath and trust reposed in you by your patients, their families and colleagues.” Now the Royal Courts of Justice has reduced his sentence to 16 years, he’ll be out within 10 and abusing again.

These are just two very recent examples … but the same picture holds true right through the land. Presently, there is no adequate and standardised legal way for dealing with paedophiles. There’s a patchy approach to sentencing, with mostly far too lenient jail terms. The present law provides very little in the way of a deterrent for those who destroy our children.

Another reason we’re failing to act appropriately to this challenge is, I believe, because we’ve become so conditioned by the Christian perspective of good and evil that we’re currently frozen into a state of cognitive dissonance.

The Christian view makes us think in terms of absolutes rather than relatives – so to the Christian, actions are intrinsically good and on the side of the angels or bad and the work of the Devil. We have to break up this paradigm in our heads if we are to see what’s really going on. Evil is just ‘live’ backwards; whatever is evil to us is that which threatens the life of the human being, it is toxic to the survival of the human race. But while being poisonous to us, it may be food for others, just as maggots will happily eat a rotting corpse.

So this means that we have to come down from our pedestal of thinking that we are the Crown of Creation and that whatever is bad for us, is intrinsically and absolutely bad or evil for the whole universe per se. We spend far too much time arguing over these points, and this is how the shadow world government keeps us Balkanised and divided, the better to rule us. When the scales fall from our eyes, we realise that we’re living in what is in effect a Death Pit. Every sentient being in this Death Pit starts to die from the moment it is born, and nobody gets out of here alive. Therefore, the purpose of all life is not to stay alive – if it was, there’s one hell of a design fault. That said, if you want to realise the purpose of your human life, you have to survive long enough to do it… or it’s Game Over, and remember to pass through the gift shop on the way out.

We need to rout out this cancer of systemic sexual abuse, torture and murder of our children today – not merely examine some historical examples – or it will be Game Over for the human race. This is now coming down to survival… it’s them or us.

I’m calling for a change in the law regarding paedophilia – and I think it’s a crime which warrants capital punishment. I know this may shock some people, but I believe it’s what many of us are thinking without wanting to admit it, even to ourselves.

I’m not talking about vigilantes taking the law into their own hands. That’s the last thing we need. I’m talking about pressing for a change in the law. Paedophiles themselves tell us that they cannot be cured of their sickness – which is their excuse for it not being their fault and for their continuing unchecked.  We shamans can do a lot with shamanic healing – for both the abused and the abusers. But if the perpetrators refuse to admit their wrongdoing and accept effective treatment (by which I don’t mean just counselling), then the only resort left to us is to send them back where they came from, if we are to survive. This is the true ‘survival of the fittest’ because paedophiles and violent perverts who get pleasure from torturing and killing children are not fit to be in a healthy society, and if they are not routed out, they will bring us all to ruin. They already nearly have…

If we allow the government to ‘sort it out’, it will never happen, and in our hearts, we know that. We have to grow up from being children now, looking to our ‘betters’ to make the nasty bogeyman go away, and realise that we are the adults here and it’s down to us. Calling for capital punishment for paedophiles will send out a very loud signal about what we believe is acceptable for a healthy civilisation, and what is not.

I expect some to be shocked by my thoughts here .. however, as a shaman, I have a different understanding about death to most people. I know it’s not the end, but a chance for recovery and redemption. This is not about vengeance; it’s about Justice.

I’m calling for Justice to be re-established, and for the restoration of the Dharma in the Garden of Good and Evil.