Rolling out across the so-called civilised world is a huge blitzkreig machine that’s careering around and is about to crash because those driving it have all the cognitive and emotional intelligence of zombies and are white-knuckling the steering wheel in their rage at their impotence.

Even friends of mine who are not normally aware of underlying agendas are starting to see these divisions of Panzer tanks coming down the road. They are complaining about smart phones, smart tellies, smart houses, smart meters – even wi-fi routers that have to be permanently switched on. One of them said: “Where will it all end? Do they want us all permanently switched on?”. Yes they do, and preferably via sub-dermal computer chips. Already, in Sweden, you can’t be employed by certain companies unless you’ve been injected with one. 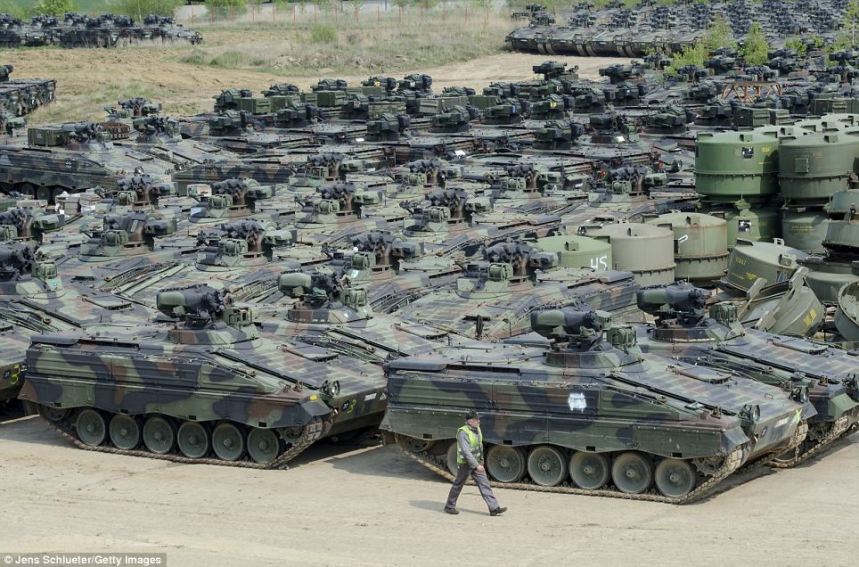 But why are we under this technological assault all of a sudden now? Well, those who make the phones, the electricity meters, the houses, the cars and the tellies, along with a whole host of techies in Silicon Valley, were all set to roll-out their wares under the armoured protection of the K2 Black Panther tank division called TTIP. Remember that? The Transatlantic Trade and Investment Partnership was the global weapon set to be deployed by the European Union and the United States that would have enabled multinational companies to force Sovereign governments to dance to their tunes. So what went wrong? First Brexit and then Trump threw two huge spanners in the machine – we said No. But the corporations are rolling out their wares anyway because they don’t know what else to do.

So be warned, this is just the beginning. The ultimate aim of the agenda, as we know from copious United Nations documentation, was to move us all into ‘smart cities’ with ‘smart cars’ or the more Orwellian ‘autonomous cars’ – in which you surrender all autonomy as a driver as soon as you enter them. These cars have been road-tested, and they don’t work properly – just as predictive texting doesn’t work properly or outsourcing your customer services to India doesn’t work properly or mass unlimited migration doesn’t work at all – all previous failures of the same faceless and rudderless machine.

Still, at least ISIS will be rubbing their hands with glee – they will no longer have to send terrorists to mow us down in trucks and vans once we’re doing it perfectly well ourselves.