If Sun Tzu had had Twitter, I’m sure that he would have recommended these same tactics in The Art of War. Trump seems to have invented a new generation of information warfare and it’s a form of blitzkreig –  a military tactic designed to create maximum mayhem among the enemy lines through the use of quickly deployed mobile forces and locally concentrated firepower, but in such volume that it’s utterly overwhelming.

The Trumpkreig against the mainstream media means that today’s journos, who are not the best anyway and are really just hacks, just cannot keep up with the sheer volume of his political actions and announcements, on a daily basis, and he has them running from pillar to post and then back again.

Trump tweets, and thus sets the talking points, every day, over what changes he is bringing in, and no sooner have the media jumped and taken the bait than he hits them with a further three or four new decisions. All this before they’ve had chance to take a sip of their morning Starbucks. So they have to scramble to even adequately cover them as mere news stories – never mind get into more considered and lengthy features and analysis – before the next one hits.

This Trumpkreig is not about just firing bullets or grenades – they are major bombs, the impact of which will transform American life, and they’re going off every day, sometimes two or three together like cluster bombs.

The sheer grinding and relentless intensity of this Trumpkreig means that the firepower from the media’s own weapons  – which mainly involves the poison pen twisting of Trump’s words – doesn’t last more than five minutes as talking points on social media. In peacetime, a good, juicy talking point could last at least five days, but not now because each one is being continually drowned out by the next one in the continual pounding.

In the past seven days since the inauguration, the press have had to deal with Trump announcing that he is building the wall, preparing for the removal of illegal immigrants, replacing and repealing Obamacare, tearing up TPP, defunding sanctuary cities, defunding Planned Parenthood, threatening to send the Feds into Chicago if Mayor Emmanuel doesn’t get the shootings there under control, bringing back major companies to America, giving the go ahead for two controversial oil pipelines, and setting up investigations into vaccines specifically, along with Big Pharma more generally.

Sean Spicer, the new White House press secretary, addresses the media every day on a long list of Trump’s appointments in an increasingly cramped Blair Room, because Trump has asked for more alternative and regional journalists to be invited to the briefings.  Some of the White House press corps are reportedly hopping mad at such hoi-polloi being allowed to enter what they’d assumed was their own private inner sanctum.

Oh yes, and last Saturday, only one day after the inauguration, General ‘Mad Dog’ Mattis started his own blitzkrieg against ISIS. A number of different fighters, bombers and remotely piloted aircraft engaged in the bombing run which saw 25 strikes in Syria and six in Iraq.

It’s enough to make you wonder what all those other presidents did with their time in the White House? 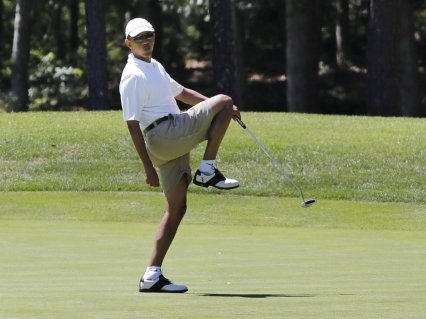