Leaving the EU has nothing to do with turning our backs on the people of the European nations, with whom we’ve always got along – well, apart from a couple of World Wars, that is! But those were the Elite’s wars in which we were just the cannon fodder  – as will be the one that David Cameron is threatening us with now, if we leave.

The media keeps conflating and confusing the issue by saying that the referendum on 23rd June is about our relationship with Europe, and that to vote Leave would be turning our backs on Europe. But the EU is nothing to do with Europe – it’s about the European Commission, the EC.

The EC is an unelected, unaccountable and unaudited hydra that hides, like an ambush predator, within a virtually powerless parliament in Brussels, which it uses to disguise its fascist tentacles – rather like the Child Catcher in Chitty Chitty Bang Bang disguises his caged truck with pretty flowers and lollipops.

The tentacles of this hydra have already stretched across the Channel to hollow out our own parliament at Westminster, from the inside, so that it can write our laws at a cost to us of £350 million a week, while on the surface, everything looks normal. It has tentacles in every district council, in the UK, and some local ones too.

It is the undemocratic EC which had been secretly negotiating TTIP, an Orwellian-titled ‘free trade agreement’ with the United States that would give corporations the power to tell our government what to do. Not that they needed that power, because many of our politicians in Westminster are already puppets of this EC hydra, via baksheesh and kickbacks which are sent straight into their offshore accounts. But I guess the corporations just wanted to make it legal … and cheaper!

The Remain camp keeps asking us ‘what does Leave look like?’ Well, I can tell them what Remain looks like, because this hydra is already signalling how it intends to uncloak.

It intends to privatise the NHS, and then tax us 250,000 Euros for every migrant we don’t allow in, and then absorb our own army, navy and airforce into its own. It also promises to undermine our legal system by doing away with the principles of trial by jury and ‘innocent until proven guilty’ which have been our fundamental rights since Magna Carta was signed.

In addition, under TTIP, we will be powerless to stop GM foods flooding into our shops.

We will also, it goes without saying, be unable to control our borders which will be under ferocious attack from the usual human battering rams of Islamic migrants, along with a potential 75 million Turks who will have permission to just come in, as they please, and roam around for 90 days.

If we don’t vote to Leave on 23rd June, by the end of the day on 24th June, most of that agenda will have been rushed in, and the jail doors clanged shut. We won’t ever again be given a second chance to leave the EU, because we were never supposed to have had the opportunity in the first place – it’s been a gift of Divine Providence via the Law of Unintended Consequences.

Once we’ve seen off this greedy, grasping, Grima Wormtongued hydra, and the dust has settled, we hope to continue to trade and interact as usual with our friends on the continent and all around the world.

So we must not let lying politicians fool us, or divide us, on this issue.

If your friends are confused about this, please share this with them.

Thanks to Ruth Tay for the wonderful image of the hydra. 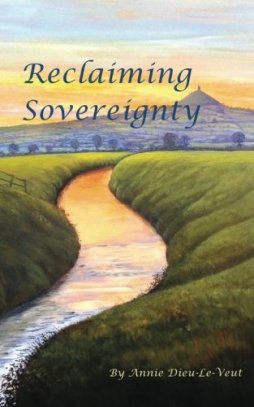 2 replies to The EU: What does Remain look like?