The illusion of democracy has always been a very fine veil covering a multitude of mendacious manipulations serving another agenda that is usually sorted out in private, behind the green curtain. But even this fine veil is now being rudely ripped away for the American people today, as they watch their votes  being stolen from them in a plethora of ways – some snatched right out from under their noses and others in more covert ways.

It’s as if presidential elections are just another form of entertainment that’s fixed, like many sports events, these days.

It’s also as if the metal fist has come out of the velvet glove, and it’s sticking up two fingers in our faces.

In the UK, we’re already waking up to this same creeping fascism, now that we’re beginning to see through the lies and subterfuge about

… the last three being crucial and pressing issues over which we NEVER HAD A VOTE at the ballot box. So why do we still insist on believing that our governance is decided by whether we vote left-wing or right-wing? It’s just how they keep us busy arguing about irrelevancies while they make off with the loot.

Left-wing and right-wing are just two sides of the same black-and-white theatrical mask which disguises what the situation really is. What it’s disguising is not actually two sides of a coin – it’s a three-sided scalene triangle that symbolises the battle between the Creators and Takers.

The Creators and the Takers

What’s really going on is a battle between the Creators and the two kinds of Takers. Some Takers are rich (A-C) – the ones who are intelligent and good at being Takers, that is. The other Takers (A-B) are not so good at taking; they can only squeeze a pittance of welfare benefits out of the State, so they remain poor.

So who are the Creators (C-B), supporting the triangle? Well, if your brain cells have allowed you to read this far, then it’s probably you, and it’s certainly me.  We are the people who work hard to create and make all the stuff for the Takers to take.

OK, now that we’ve got that sorted, the question is: what is the scam afoot? I think it’s this:

While they have us lot all arguing about the relative merits of left-wing and right-wing, there’s a huge Taker juggernaut crossing the Channel and it’s about to mount our shores. 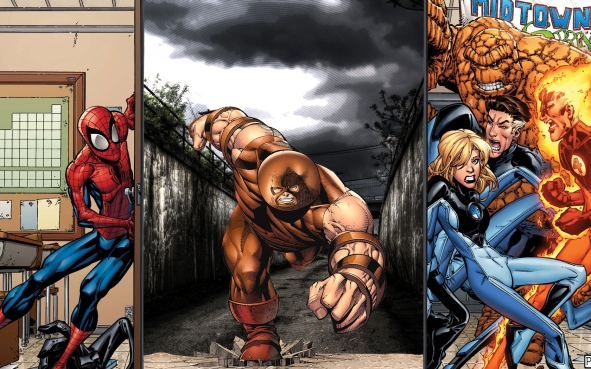 This attack from the sea is in the form of the Orwellian-titled ‘free trade agreement’ TTIP (Transatlantic Trade and Investment Partnership). There’s a similar one in America called TPP for Pacific Rim trading. As you can see from this chart, there’s nothing free or democratic about it. 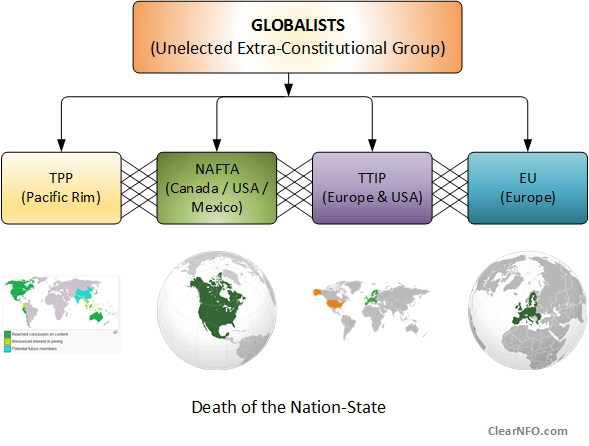 So if you think there’s a problem with 80 per cent of our laws being made in Brussels, just wait until TTIP hits – which is what staying in the EU means.

These ‘free trade agreements’ will allow the global Takers to completely bypass any shreds of democracy that still remain by giving global corporations legal supremacy over nation states. Corporations will be called ‘states’, Investor States, and, to put it at its most basic, they will have the right to sue any government of any country that takes steps to adversely affect their profit margins by say, not stocking their products. (The anti-GMO lobby is particularly concerned about this, and quite rightly so.)

So this is why Obama was drafted in with a charm offensive at the weekend, to try to keep us in the EU. It wasn’t about the interests of America; it was about the keeping us locked in to the global juggernaut of the Takers, the TTIP. Hillary Clinton quickly followed up with her endorsement … probably because she’s also got a stake in this shake-down, which will go straight into the coffers of the Clinton Foundation.

This is why the election is being stolen so blatantly in America, because every single candidate, whether they profess to be Democrat (left-wing) or Republican (right-wing) is actually bought and paid for by this global heist of the Takers who want to get TPP ratified there. Every candidate except Donald Trump, that is, who is fighting to keep the nation state, the Sovereignty, and to bring back jobs that have been lost to the Chinese and Mexican Take-Aways while running trade deficits with them of hundreds of billions of dollars. 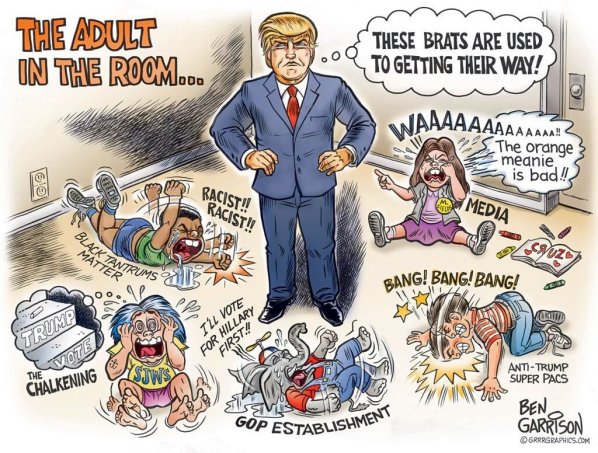 Trump is awake, and he can see that his multi-billion dollar empire, which he’s Created over decades from just a $1 million seed corn, is in danger of being stolen by the Takers. So he’s acting in his own self-interest – and so should we!

With our jobs being lost for the same reason,  we desperately need a Creator Trump here – one who really can see the scam going down. I don’t see any sign of one yet. Judging from how the Brexit leaders responded to Obama this last weekend, I think they must all be on the Take too – or incredibly stupid. It’s like watching a car crash in slow motion.

But at least – let’s be alert to the real game that’s afoot. If we are vigilant, and we will have to be, we can prevent them from stealing the EU referendum. The Americans are fighting back against the steal there, too, by planning huge protests at the Republican Convention at Vermont in June. They are also taking steps to sue their president for criminality and treason – yes,  the same guy our leaders were all fawning over this weekend!

So those are the two opportunities, this summer, each of us Creators has to win the chance to live to fight another day in this ongoing battle we always have with these insatiably greedy Takers.

I’ll see you on the barricades!